Jacob “Slim” Call is one of the two most famous action figures in the world. Contrary to what Swingin’ Dick says, he does not like fat chicks. Slim has been a part of Breach-Bang-Clear since the early days. Since then has traveled around the world spreading awesomeness, fighting evil and putting single dancing moms through college. Slim hates hippies, sissies and when the MRE Tabasco leaks into the toilet paper and dries there but you don’t realize it until its too late. Together with his comrade Richard “Swingin’ Dick Kilgore” Slim manages and directs an eeeelight blogging team of writers that thinks you can be a warrior and a patriot and still be amenable to civil discourse.

More About Slim: If his SRB is to be believed, Slim went through boot camp with 1ST RTBN at MCRD San Diego. He subsequently attended SOI at MCB Camp Pendleton, finishing with an MOS of 0331 and then reporting to 1/3 Marines in Kaneohe Bay, HI. During the course of his career he has attended an unusual number of formal schools, many of them black budget ops that required he remain at the bottom of a ruck or otherwise out of sight of instructors who might not have understood why he was attending. Despite having difficulty finding a pith helmet that fits, he became a Combat Marksmanship Instructor 0391. 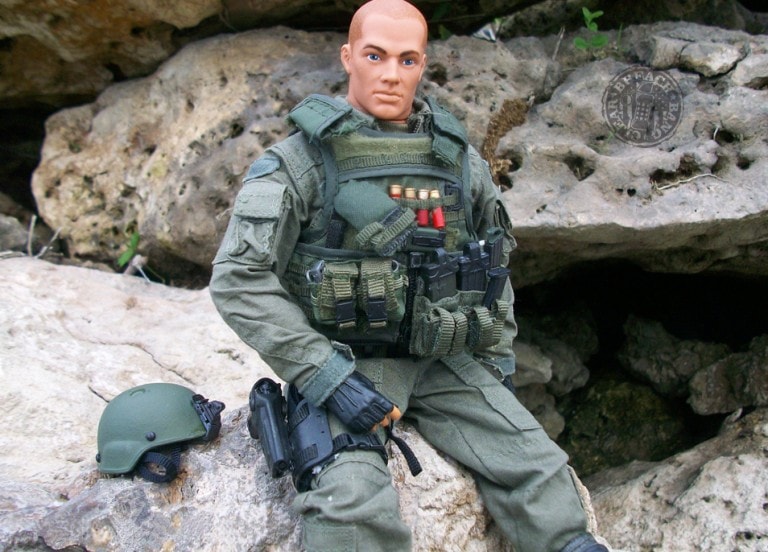 Slim eventually earned the MOS 0317, deploying many times with 3rd Marines, some with 24th Marines, and later still with a PMC or two on behalf of a couple OGAs.

A few of the latter deployments were CONUS. 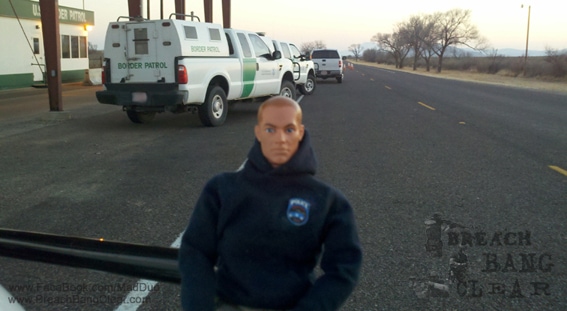 Slim was considered for a role in Magadheera because he does all his own stunts and still gets maudlin phone calls once in a while from Michael Bay asking for good shoot-em-up ideas. He’s attended classes with BORSTAR, BORTAC and NPS SWAT (few people realize just how squared away their tactical guys are), and he loves a good burrito…this does not, however, prevent his outrage at the ongoing bullshit along the border. Slim has trained or even gone downrange with a number of bad-asses, including John Creasy, A.K. Waters and several real guys who cannot be named. Like Waters, he’s caught a ride with HSL-37 into the jungle; unlike Waters it was in real life.

Slim does have an arrest record. In fact, to his everlasting chagrin, he was bailed out of jail after Jack Burton that one time in Atlantic City — this despite the fact that it was Jack’s truck and Jack’s duct tape, and the lion’s hair grew back eventually anyway.

Slim is the guy who first invented geocaching, but he always intended for it to be done with map, compass and protractor, not a GPS.  He thinks those are handy tools to have, but that youngsters these days rely on ’em too much. They’re not a crutch, nasties! He helped write the scenarios for Operation Raider Spirit, and led the rescue mission for the recovery of the survivors of Operation Stinger. While he was never one of People Magazine’s 50 Most Beautiful People in the World, he could kick anyone on that list’s ass (especially that smarmy fuck George Clooney).

Since helping found Breach-Bang-Clear, Slim has been blessed to train and/or travel with a number of different military and LE agencies and units (though to be truthful, they didn’t always know he was there). He’s been taught by Ed Lovette, Kyle Lamb, Matt Jacques, Matt Graham, Jim Grasky, David Scott-Donelan, the guys from Strategies International, the NYPD ESU “A Team”, LAPD’s D Platoon, Center Mass Inc., and a number of other teams or places. One time he got to run around with a bunch of dudes from Italy he could neither identify nor understand, but he had a helluva time running around with them.

Slim once worked as a rodeo clown at the barfly rodeo in Moe’s Tavern; he enjoys shooting villains both for work and pleasure and prefers beer to liquor.

Slim’s heroes are Batman, Capt. Woodrow Call and Capt. Augustus McCrae and William Wallace. He loves his country, his comrades, and the Mr. Brown’s BBQ outside Bastrop, TX.

Now. A bunch of what you just read is utter nonsense, but…more of it than you think is true, and that’s no shit.