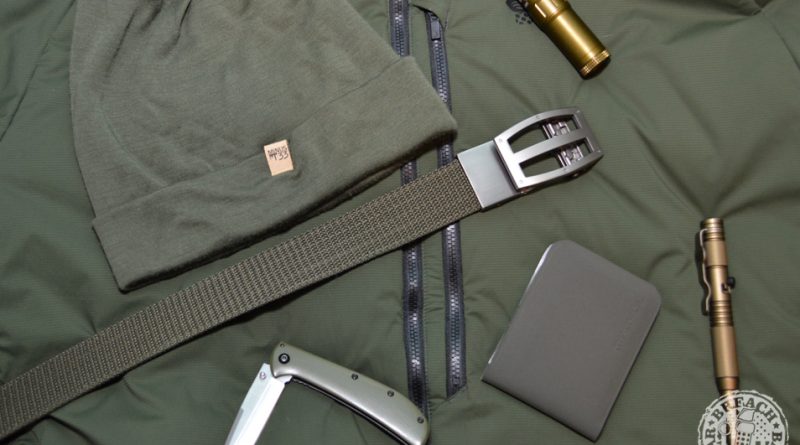 Olive Drab, much like woodland camo, has that old-school cool feeling with it. Unlike woodland camo though, some olive drab things don’t draw a ton of attention and have become a bit more mainstream as far as colorways go. So with that its time to look at some not-so-drab EDC items that won’t break the bank.

Holding your pants up can be done with a ton of things like a piece of rope, a large ass, or even a belt. Not all belts are made the same, especially if you want to hold up your pants and a gun. The Nexbelt Titan PreciseFit Gun Belt uses a ratcheting system to easily adjust in much smaller increments then your standard belt with holes in it. Not only this but you can easily tighten the belt with a pull of the tail of the belt, or loosen it with a press of the lever on the top of the belt.

The belt has a nylon fabric webbing body with a plastic zip-tie like ratchet running along the backside of it. This is also how the unit adjusts instead of the standard holes in the belt we have come to expect. Inside the nylon webbing is a polymer panel to give the belt rigidity. This is important when you want to attach a pistol to your belt. The weight of a holster can crumple a lot of normal belts however with the Titan Gun Belt this will never be an issue.

When you first get the belt it is recommended to find your waist size and then add 4 inches to it. This is so that it can accommodate an IWB holster. On the back of the belt are inch measurements for your waist size so it is easy to find the sweet spot and cut it off. If you are unsure just measure with your holster in your pants to ensure you get the right size.

This isn’t the first ratcheting belt I have bought. I got a SlideBelt through Kickstarter years ago but never liked the release lever on it. The front of the buckle was the release and would catch on things occasionally loosening the belt. This is not an issue with the Nexbelt because the positioning of the small lever on the top is out of the way. Not only have I been super pleased with the trouser-holding capacity of the Nexbelt, but the rigidity is not uncomfortable and it securely holds a pistol.

Being prone to fiddling with a pen while thinking, a bolt action pen has long been on must-buy list for a long time. The clicking of a normal pen has made my lovely wife threaten to install that pen in my out route with violence. Thankfully with keeping the bolt action on the Halfbreed Blades TBP-01 under control, this pen is click free. That said if you want to drive your co-worker or significant other nuts you can release the bolt with a satisfying thunk.

The body of the pen is made from 6061-T6 aluminum that is anodized ranger green (not olive drab but close enough). The ink cartridge for the pen is a Fischer Space pen pressurized cartridge. These can write pretty much anywhere even in space. The pen comes expertly packaged in a nice box with a perfectly cut foam interior. This holds a spare ink cartridge along with the optional tail cap.

The pen comes with a recessed cap and one with a tungsten window breaker. It is great to see the extras in the package instead of having to choose which one of the caps you wanted when you purchase it. Removing the tungsten window breaker before you fly (whenever we can actually do that again) would be a good idea to avoid getting your pen confiscated.

The pen itself has a nice heavy feel to it that is well balanced to rest on your hand as you write. The knurling and various grooves allow for solid purchase when being used as a pen or if need to be a self-defense tool. The pocket clip holds on well and the weight of the pen allows you to know it is among the EDC items in your pocket.

If you have a Dad wallet, you need to think about your hip health and burn a large pile of your wallet contents. The Magpul DAKA Bifold Wallet is a minimalist wallet that contains just what you need… and not the 100 cards for clubs that can look you up by your phone number.

The DAKA material is a reinforced polymer fabric. It’s a hard-wearing material with a slight texture on the outside to keep it from being slippery. The Magpul logo is tastefully imprinted on the bottom corner. The whole wallet is RF welded together meaning it was blasted with high-frequency electrical fields to melt and bond the pieces together.

Rather than have a card window in the wallet made of a weaker material, the card slots have a slit for ready use identification or credit cards with storage for the rest behind them. The wallet also happily devours both Canadian and American bills with ease. If your country has odd-sized bills I would suggest looking at the tech specs on the website to verify sizing.

Kershaw has been known to make some fantastic knives for the money. They often partner with great designers. In this case, they partnered with Al Mar to produce knives that are functional, look good, and come at a price that won’t break the bank. I picked the Kershaw AM-4 due to its thin size, assisted opening blade, and sleek green scales. I needed a folder that was a bit more appropriate to carry in certain situations then my chunky Striders.

The AM-4 designed by Al Mar is what I would consider a gentleman’s folder. It’s not going to be a hard-use knife that you live with on the battlefield or in the jungle. It is happier for the daily chores like cutting an apple, opening parcels, and self-defense if needed. The frame lock has no wobble at all when it engages the blade. The blade is stainless steel for rust resistance when chopping up those aforementioned apples.

The thumb stud is kind of an odd addition. It is too close to the pivot point to offer any real leverage when opening the knife. That said, the flipper functions as you would expect and fires the assisted opening knife out with gusto. The black on the frame lock side, combined with the green G-10 scale and red spacers, makes for a nice looking knife. I would have preferred a bit more texture on the G-10 as it is almost polished smooth. Still,  for around $31 USD I can loose 15 of these before getting to the price of some of the other knives I carry.

While wandering the Pop Up Preview at SHOT Show this year Pat and I bumped into Minus33. They had a pile of awesome merino wool items at their booth, some of which didn’t look too hot for my furnace of a body. This is where I fell in love with the Ridge Cuff Wool Beanie. Thus ended my quest for a thin beanie that actually fits my large head but provides some warmth.

The beanie takes up next to no space in a pocket allowing it to be always with you when the mercury dips. It can easily be pulled down over your ears or folded up higher if you want to wear hearing protection or your ears get hot.

You can get the beanie in 16 different colors, obviously including olive drab, and they are all made of Australian Merino Wool.

Exotac has long been known to produce some sleek and innovative fire-making devices along with a few other things we will talk about later. We talked about the Exotac TitanLIGHT in one of our previous articles. However, in the nature of keeping things drab we couldn’t help but bring it up again.

When I got a demo on the unit a few years ago they were pretty damn proud of the threads they put into the cap. With a small twist, it comes right off despite how far the threads travel. When you look at it closely though, you realize the secret sauce is that it isn’t just one thread. It is many threads with short travel. This leads to a secure lid that you don’t have to sit and spin-off for 2 minutes in order to use.

The rest of the lighter is beautifully machined with a lot of thought into certain features. The large flint wheel is easy to operate with gloved hands and produces ample sparks to light the wick. The flame guard is both stylish and functional and if need be can be easily removed to change out the flint. The bottom of the lighter unscrews in order to fill with Zippo fluid.

Unlike your standard Zippo though this lighter is sealed. No longer will you need to constantly refill the lighter because the fluid is evaporating. We have tested ours by leaving it in water, out in the sun, and not opening it for months. Each time with a simple flick of the wheel, a flame is produced. The flat bottom of the lighter is also great if you need to use it as a candle. If you need a lighter for daily carry this one is far more interesting then your standard Bic but is a bit chunkier. Mine typically rides in a pack and has come in handy especially when it comes to burning pesky threads on my uniform for work.

Now that we covered some of our favorite and budget-friendly Olive Drab EDC items we think Fifty Shades of FDE needs to do EDC Items That won’t Fall Flat. 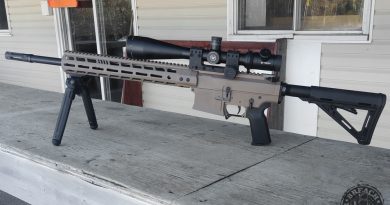 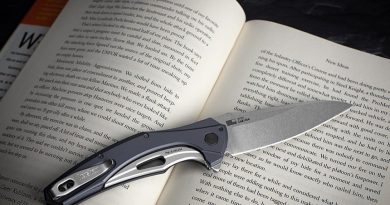 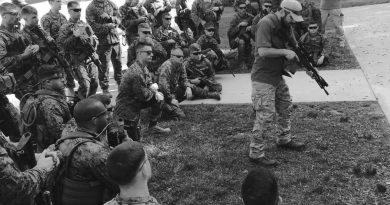